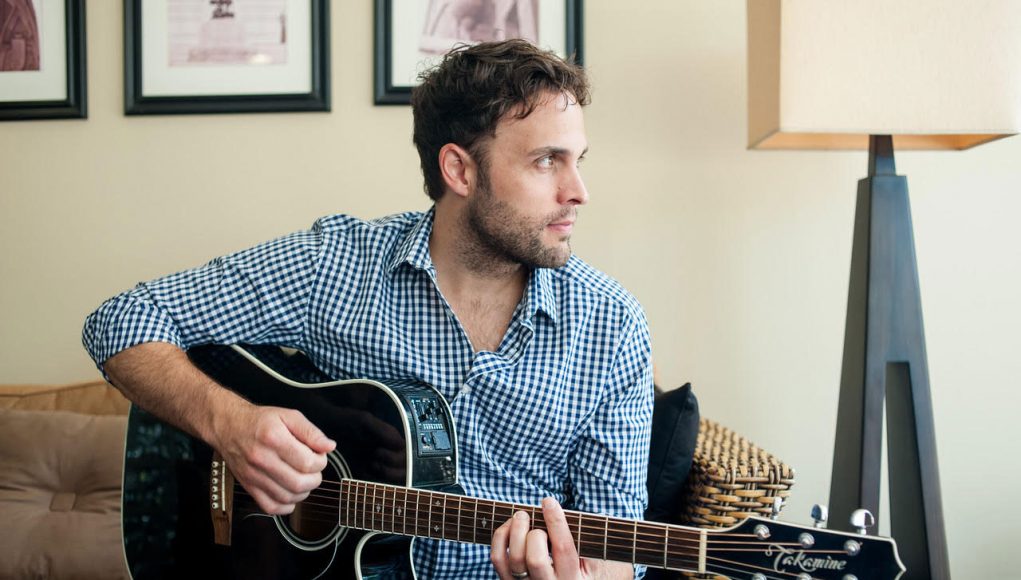 If you like to go out to enjoy local musicians play live, you’ve probably seen and heard Zionsville musician Brett Wiscons, because he’s played thousands of shows in Central Indiana since his musical career began two decades ago. If you haven’t had the pleasure of experiencing Brett’s music, you can watch the video below of his latest single, “Don’t Be the One,” featuring Anne Balbo, another local musician. You can also download the single from iTunes.

Brett Wiscons was born in Chicago, but his family left when he was very young. He grew up in Plymouth, Indiana, which is about 100 miles due north of Indianapolis. He graduated from Marian University with a business degree.

Brett’s love of music and performing was influenced by his father, who was a DJ in college and later on at an oldies station in Plymouth. When asked in a recent phone interview what type of music he first listened to, Brett said, “I remember hearing a lot of stuff from the 50s and early 60s when taking road trips back to Chicago to see family or Cubs games. My dad was always listening to that stuff–The Beach Boys, the Drifters, the Coasters, the Temptations and things like that–because that’s we he grew up with. He would always find those radio stations on the dial. That stuff is timeless; good melodies and messages. My dad had a love for music that he passed on to me. There was always music playing.

“I grew up in the 80s, so I also listened to what was current on the radio and really got into Boyz II Men and Vanilla Ice, I’m not ashamed to say. What really kind of tipped it for me was Hootie & the Blowfish in the mid-90s. That was what really pushed me to think, ‘Alright, I want to be a singer somehow.'”

Brett’s efforts to be a professional singer began when he was a member of a local rock band. “Since I was 16, I wanted to do it,” he stated. “I was always involved in music somehow, even if it was just jamming with guys in colleges, if we weren’t playing any gigs. In the back of my mind, I never wanted to give up on that dream of being a full-time rocker.”

After college, Brett settled in Indianapolis. He worked as a supervisor at a health club and then had a job in sales, which taught him some valuable lessons about being in business and being organized.

“While I was in my sales job, I was still playing two or three nights a week with my band, Great Scott!. I was always in a band,” he said. “I left my sales job to make a career out of playing music.”

When Brett’s band took a long hiatus, he formed a duo, in which he was the singer and his partner played guitar. “That’s when I left my day job,” he said. “It came down to simple math where we only had to pay two guys instead of four to six. At that point we had enough gigs where we were able to split the money down the middle. We had enough contacts and we didn’t have many bills to pay.”

“Then, in 2013, my duo partner wanted to get out of the grind,” he added. “That’s when I decided I needed to make a go of it as a solo act. I really hunkered down and started going in a different trajectory. I reached out to a mentor, Mark Bryan, who was one of the founding members of Hootie & the Blowfish. We just had a friendly relationship, but I asked him if he would be interested in producing a record for me. He was definitely on board right away. Working with him was a really big turning point.” Bryan, a two-time GRAMMY®-winning producer, produced Brett’s latest album, The Heineken Sessions, which will be released on October 28. Production of the album was partially funded by Heineken USA. 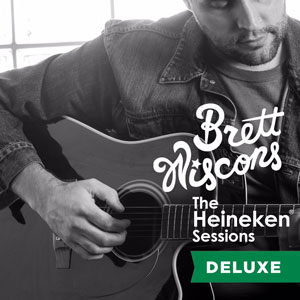 When asked how he became associated with one of the most well-known global brands, Brett stated, “I was playing at a house concert in Fishers a few years back and met an executive from Heineken. I told him I’d like to work with them in some capacity, which could be mutually beneficial because I play a lot of shows. He was on board right away. We have a really nice relationship. They help me with some promotional material and I, in turn, am kind of a brand ambassador. I push their brand a little bit, depending on the event and the venue. It’s been a really good relationship on a local level that I hope continues to blossom. They’re obviously an international brand, so I’m hoping that can come into play down the road, to where some international opportunities come along for me as well, which I think would be fun.”

In addition to being a musician, Brett is also the author of the Bear Whitman™ trilogy of mystery adventure novels. “I didn’t plan on doing it,” he said about writing books, “but my dad passed away suddenly and I didn’t really have a chance to say good-bye, so I had an idea that maybe I’ll write this character and base him on my dad and pull out some stories he might have told me when I was a kid, to keep him alive a little bit. My dad wasn’t a private detective or anything like that, but I made the character a detective because I like that genre. I just had fun with it trying to be creative. My dad’s name was Barry and a lot people called him Bear. The character grew up in Chicago, like my dad did. He’s a bigger guy and a smart aleck wise-cracker, like my dad was. As the character’s grown, he’s become less like my dad and more of his own character.”

On top of playing music and writing, Brett has also come full circle back to business. He started an LLC a few years, Mad Diamond Entertainment, to be his book publishing house and record label. The company is now also a booking agency for other local musicians. The name of the company stems from his wife Jennifer’s maiden name, Diamond, and the name of their dog, Madison. Brett’s brother Vince is the company’s Vice President of Business Development. 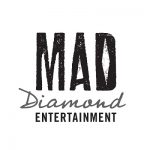 According to Brett, the booking agency started when his wife was pregnant, so he could spend more time at home, but it has been scaled back to focus on taking his own career to the next level. When asked about how his 7-month-old daughter has affected his career, Brett stated, “I have more of a purpose planning my shows and tours and projects, knowing that I have a wife and a baby that depend on me.”

When I asked Brett what brought him to Zionsville, he replied, “We were getting married and living in Nora. We wanted a change of pace and scenery. Now that we’re here we really enjoy it and love raising our daughter here. We’re probably going to stay here for a while. We just love the quaintness about everything and how it’s safe and clean and friendly. We love it.”

Upon first impression, Brett is a quintessential example of a hard-working local musician steadily taking his career to one next level after another. However, when I look at the entirety of what little I know about his life, I would say that he is really just a family man at heart. His musical and writing careers have been greatly influenced by his father and his business has been influenced by his wife, daughter, brother, and dog.

So, the next time you feel like hearing some live music, check to see if Brett Wiscons is playing somewhere in Central Indiana. Odds are he is. In fact, he’s schedule to play in Zionsville, on Friday, August 26, at Rush on Main, the Chicago-style eatery we recently wrote about. 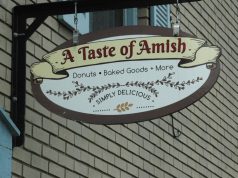