Home Community Taste the Difference at A Taste of Amish 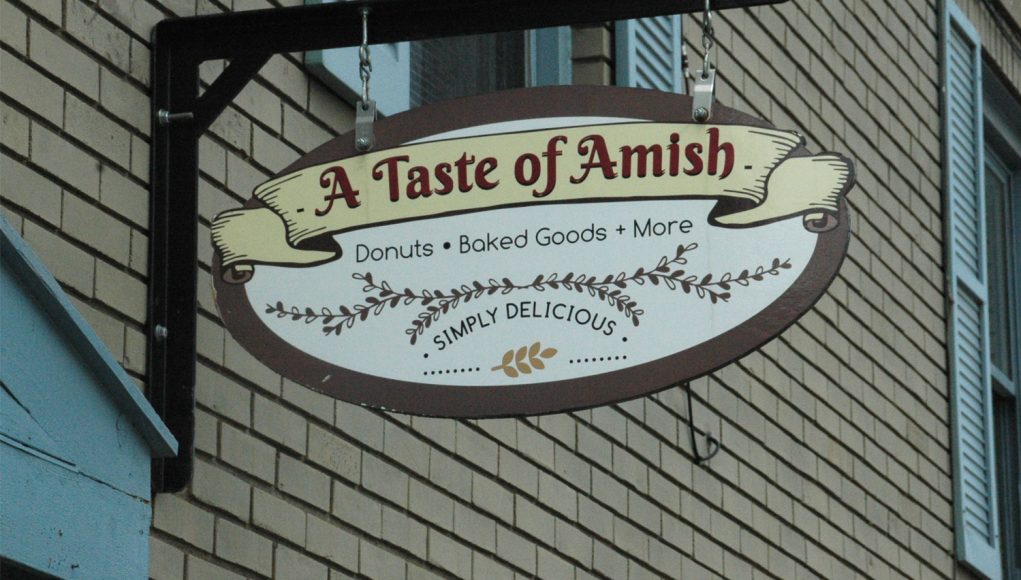 As a “reporter,” I’m supposed to remain unbiased and just present the facts, so here goes: At A Taste of Amish, a new downtown Zionsville bakery located on N. First St., I sampled the best donut I’ve ever eaten in my life. And that’s a fact! I could not believe how creamy and moist and delicious my first bite was—and it was not cream-filled; it was a Cinnamon Caramel donut.

To make sure my accolades were warranted, I brought a donut home for my 16-year-old son to try. According to him, “This is the greatest. I’m in heaven.” Fact verified.

I’m not a donut aficionado by any stretch of the imagination—I almost always order a jelly donut or cinnamon cruller when I indulge. My favorite sweet treat is an oatmeal raisin cookie. Fact #2: the oatmeal raisin cookies at A Taste of Amish are awesome. The texture is firm, but not crunchy, with lots of raisins and real substance. My son said, “They have the perfect amount of cinnamon.” He’s right.

A Taste of Amish, was launched in December 2015 by Rachel Gallienne, who is originally from Middlebury in Northern Indiana. Her father was Amish, so Rachel grew up with a great appreciation for the wholesome method of preparing fresh foods from scratch that is embedded in the Amish culture.

I recently spent about a half-hour interviewing Rachel, but it seems to me that it would be superfluous to write a bunch of paragraphs to tell you the facts and figures about the who, what, where, and why of how A Taste of Amish came to Zionsville, because the real story of this entrepreneurial endeavor can only be accurately told by your very own tongue. Until you actually eat a donut from A Taste of Amish. you won’t really understand how different they are from donuts that are made at a chain donut shop.

What I will tell you are a few essential bits of information you should know about A Taste of Amish:

New Zionsville Bakery: Taste the Difference at A Taste of Amish

Nobody loves a jelly donut from Dunkin’ Donuts more than I do (and I’ve been eating them for over a half-century), but now I know what a donut should really taste like and feel like in my mouth. And nobody loves an oatmeal raisin cookie more than I do (NOBODY!!!), so from now on when I crave a donut or cookie, I’m heading to downtown Zionsville.

As you know, a picture is worth a thousand words, so here are some pictures (from the A Taste of Amish Facebook page) worth 48 thousand words about the deliciousness available at this new Zionsville bakery. 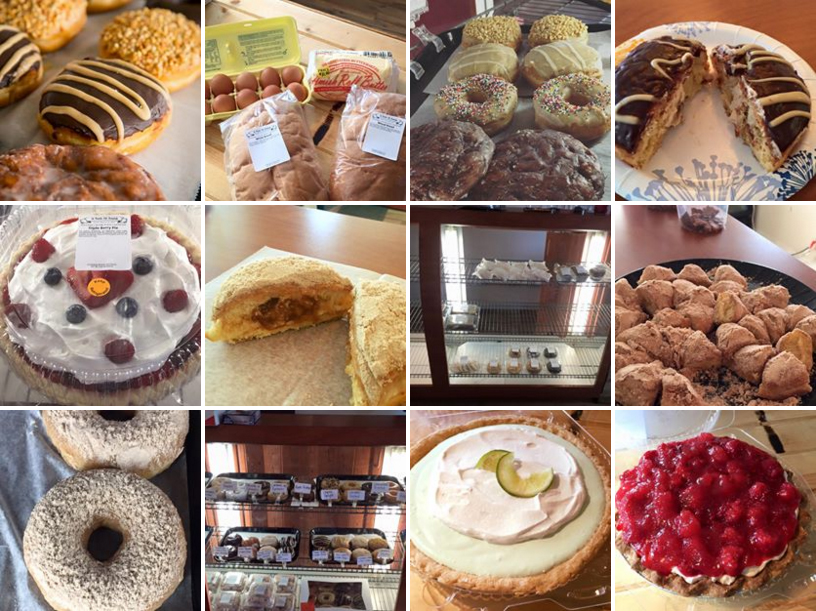 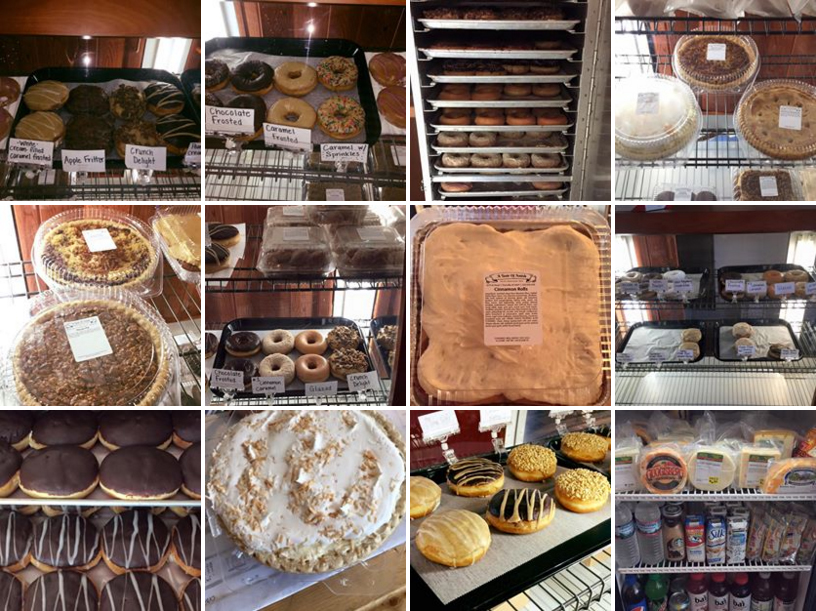 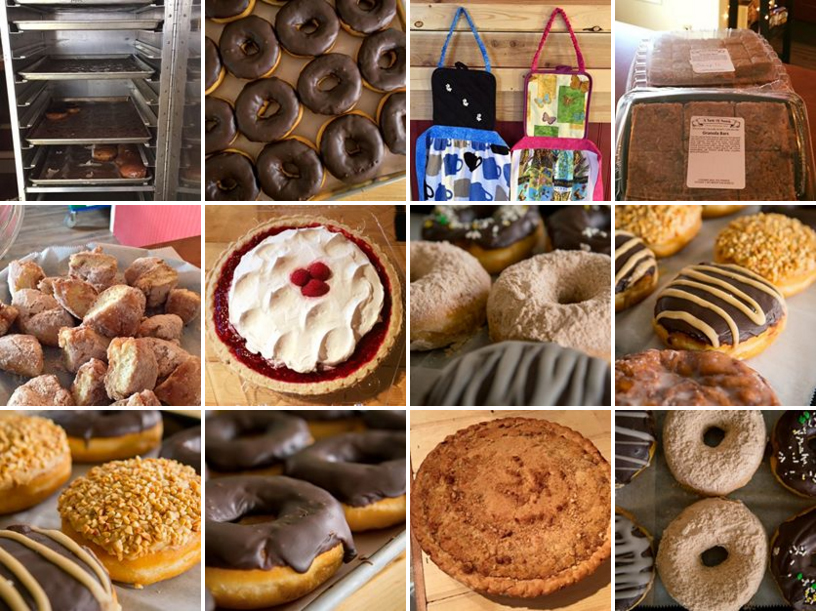 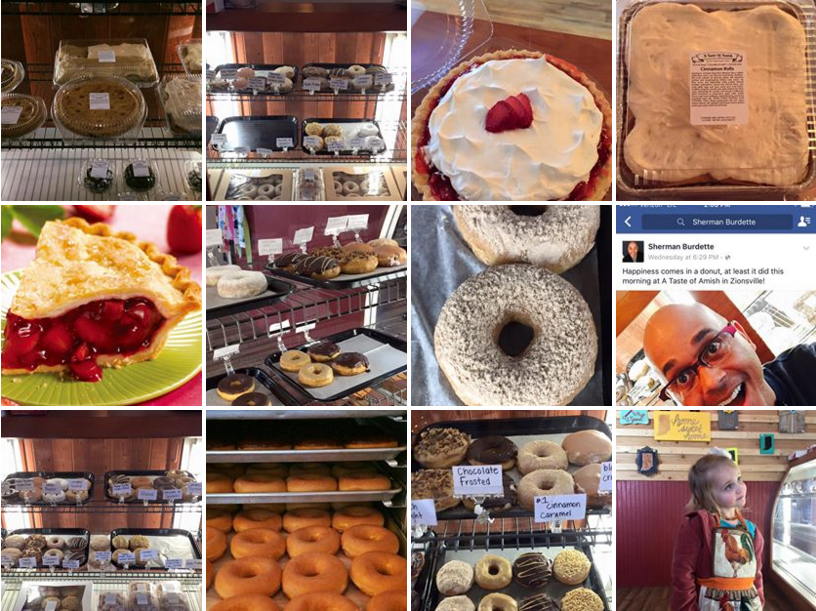