Home Community Serenity In Downtown Zionsville: Where Memories Are Made 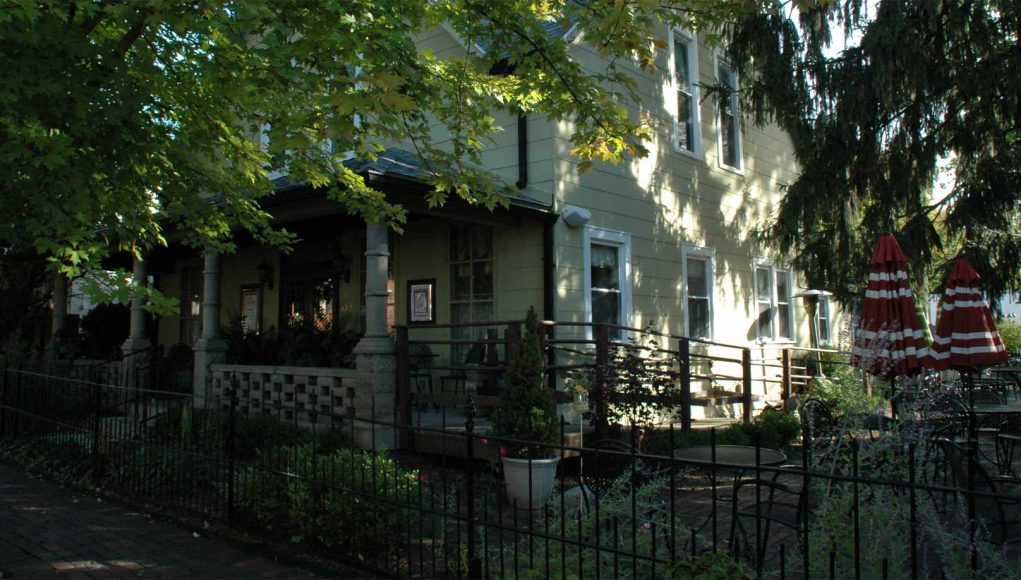 When you walk on the bricks of Main Street in downtown Zionsville, you can sense the rich history of the village, which was founded in 1852. Near the very center of Main Street, between Oak St. and Pine St., is a house that was built in 1868—platted on the town’s second lot—just a few years after the community began. Today, that house, along with its patio and gardens, are the home of Serenity.

What is Serenity? Some may call it a restaurant or a tea room or an event space, but it’s actually a time machine. Really. When you step inside Serenity, you are instantly transported back in time to a long-gone era when the texture of life was handcrafted; when conversation was savored; when dining was refined; when proper etiquette mattered.

The eclecticism and uniqueness of Serenity is a reflection of its owner, Karin Glass, who has an inherent sense of historical propriety and a deeply embedded understanding that memorable moments are what life is all about.

Serenity is Connected to Local History

Serenity was originally located in artist Nancy Noel‘s gallery on Main Street—the Sanctuary located in the restored 1860-era First Methodist Church—before she moved her business to Aspen, Colorado in March 2015. Noel’s move forced Karin to look for another location in downtown Zionsville.

At that same time, a city plan was in place to tear down the historic house at 135 S. Main Street, to make room for a parking lot. The thought of razing that house saddened Karin, so she and Bob Carter, who owned the property, decided to restore it instead. (Bob Carter passed away in 2011, but his daughter Mishelle “Mickey” Edwards still operates Carter Van Lines & A-1 Storage of Zionsville at 9750 Zionsville Road, which has been in business since 1928.)

According to Karin, during a phone conversation, “the house was built by a guy who developed the Interurban. We restored the patio with Interurban brick and turned it into a tea room. We took off layers of paint to find the original colors, both inside and outside. For the last six years, I’ve run it as a restaurant for lunch, brunch, and teas. We also do a lot of birthdays, bridal showers and other special events.”

Serenity is a Restaurant

Yes, Serenity is a restaurant, but with a twist. In addition to serving lunch (Mon.-Sat. 11am-3pm) and Sunday brunch (11am-2pm), the dinners at Serenity are presented as Special Events with a theme. These events include:

You can also book The Ultimate Mystery Dinner for a group up to 20 people.

Reservations are required for all special event dinners, and they frequently sell out well in advance. To make a reservation, call 317-796-6700 or submit the online form.

Serenity is a Tea Room

The Tea Salon at Serenity offers an experience rarely found elsewhere. The secret tea blend served Monday through Saturday from 2pm to 4pm is accompanied by a delectable offering of sandwiches, cakes, scones, and pastries.

According to Karin, “My hometown, Seattle, is known for some really great tea rooms. Tea time is a time for reflection and for sharing good times with friends. My family always did that with my grandparents when I was growing up. If I was in New York City as a merchandise buyer, I’d always have tea at the Plaza. It’s just a decompression time, and that’s why I felt it was necessary to start tea rooms 9 years ago.”

Serenity is an Event Space

If you want to create your own unique and memorable Private Events, Serenity can fit the bill beautifully. “In today’s world, when people want a temporary escape, Serenity is it,” according to Karin. “When you walk in here, you don’t have to worry about Facebook or blogging. We don’t even have WiFi here. It’s all about stepping back in time, taking a deep breath, and enjoying the moment.”

For private events at Serenity, the seating capacity is 60 inside and/or 100 outside under a non-attached tent. You can also export the Serenity experience to your own home with their Exclusive In-Home Scrumptious Catering.

Serenity is an Extension of Karin Glass

Karin has a history degree from Whitman College in Walla Walla, Washington. “I’ve always felt it’s important to take old buildings and put them back into their original shape and repurpose them,” she stated.

Karin previously renovated the Propylaeum on North Delaware Street in downtown Indianapolis, in which she operated Signature, a restaurant and event space. She closed that business “because doing 65 weddings a year was killing me.” She also operated Serendipity, a tea room in Carmel that contained the old chandeliers from L.S. Ayers. At one point in her career, Karin was Vice President of Merchandising for L.S. Ayers. She was also an adjunct professor of fashion merchandising at Butler University.

Karin now runs all of her events at Serenity, “because it’s important for people to create a memory and it’s kind of hard to get one at a chain restaurant,” she stated. “Everything we do here is a memory builder, whether it’s a small elegant wedding, a rehearsal dinner, a bridal or baby shower, or one of our special event dinners, which are frequently sold out well in advance. All of the different things we do here make this a unique venue in a very unique town.”

Providing opportunities for memorable events was not Karin’s first line of employment. Before starting Occasions Divine, the parent company for all of her hospitality businesses, she stated that she owned “the largest women’s sports marketing company in the world. When I sold it in 1989, I had a stringent non-compete agreement, so I did product development and merchandising for over 600 events per year.”

“I grew up in Seattle, where my grandfather was governor of the State of Washington and then chairman of the board of McCall’s magazine,” Karin said. “So, I grew up with etiquette and all of the things that went along with that upbringing. It was very important to me to continue that here in Indiana.” 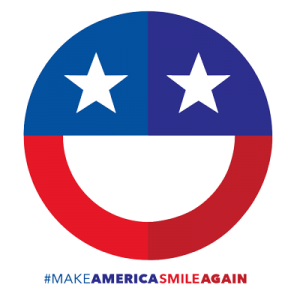 Despite her past and current successes, Karin is not resting on her laurels. She has a new business, Provision Branding, that has recently landed two large contracts. The first is a website, MakeAmericaSmileAgain.org, that is scheduled to launch soon and will be about doing things in small groups to make a difference. “We’re not going to solve the North Korean missile crisis or the healthcare crisis,” she said, “but if we affect people in our areas it will help provide a meaningful benefit to them.”

Provision Branding’s second big contract is a merchandising agreement with the Mars Society, which is a non-profit organization established in 1998 that is focused on the exploration and settlement of Mars. “We’re also working on an initial curriculum for kindergarten through 5th grade, which is a private public partnership,” Karin added.

Serenity is a Memorable Experience Waiting to Happen

“Serenity is a place for incredible special things to happen,” according to Karin. “Whether it’s just having lunch with a long-time friend, or coming to an eight-course wine dinner, or having your bridal shower or baby shower here. It is all about a special place to make a special thing happen.”

“Everything that I have done and am doing today is based on a foundation that was established by my grandparents and my parents,” Karin said. “When I came to Indiana, I was employed by L.S. Ayers. I have memories from working there of seeing people entering the tea room and children reaching into the toy chest or eating the doll cake. People were actually having one-to-one conversations. That is what you do here at Serenity. When children come in, they receive a kid’s menu, but they also get a special toy. They can have a special sandwich that is cut in the shape of a star. Because when you walk out of the door, those are the things you’ll remember. They serve as memory builders, as well as life lessons.”

When asked what she considers the quintessential Serenity experience, she replied, “It really depends on a person’s age. A lot of people like to do our Backwards Dinner on Sundays, where you start with desert and work yourself forward. They even wear their clothes backwards. Some people want to bring their kids to Dinner and a Magic Show. Older women often want to just sit and have lunch with a friend. When the patio is open, we have tons of men out there who want to just sit and pretend they’re in the Santa Barbara sun. We offer so many different experiences that it’s like jumping on a carousel and deciding which horse you want to ride. Do you want to ride the zebra that’s going up and down? Do you want to sit in the little sled that doesn’t move? Do you want to ride the giraffe? It just depends on what point in life you’re at.”

If you know at which point in life you’re at, Serenity surely has a memorable experience for you. If you’re not sure where you’re at in life, stop by Serenity in the heart of downtown Zionsville to find out—and to create a new memory. 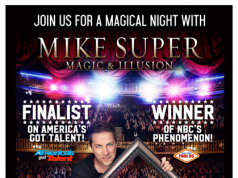